⭐ I REVAMPED EVERYTHING HERE AS OF THIS DAY : MAY 25, 2020
⭐ DECIDED TO KEEP THIS JOURNAL ALIVE
⭐ IF YOU'RE READING THIS THAT MEANS YOU VISITED MY JOURNAL. THANK YOU! 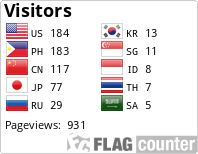 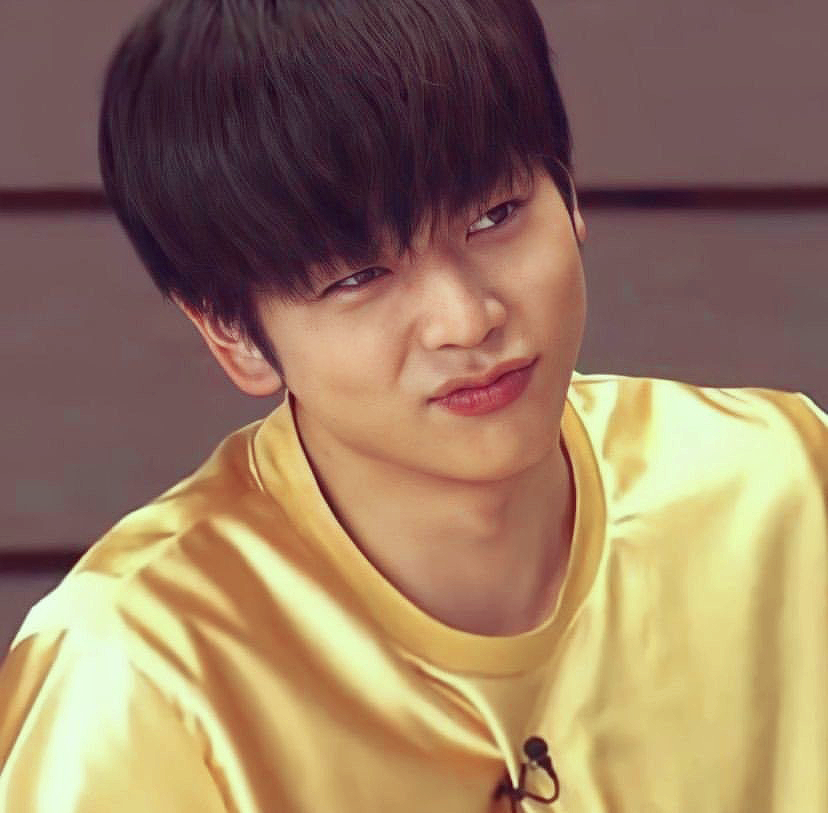 How many years has it been? 14? 15? Somehow it feels like yesterday when I started following you.
In those years as well, slowly I started having other guys I stan. It kinda makes me feel guilty that I'm not as loyal as the others but I keep on posting about you and talk about you as someone I really really cherish and love.
Perhaps there are those who thought "ah you just wanna stay relevant in the fandom"... but to be honest? I've been out of touch for a long time now, and naturally I should have lost my interest totally. HOWEVER, I DID NOT.

You still remain as my special person and if one day we get married, I will invite everyone who's reading this to our wedding.✋😌

Stay lovely and bubbly. Stay fashionable. Be healthy all the time. ILYSM.

PS. I've been making really long posts for him so made this shorter for a change. 😂 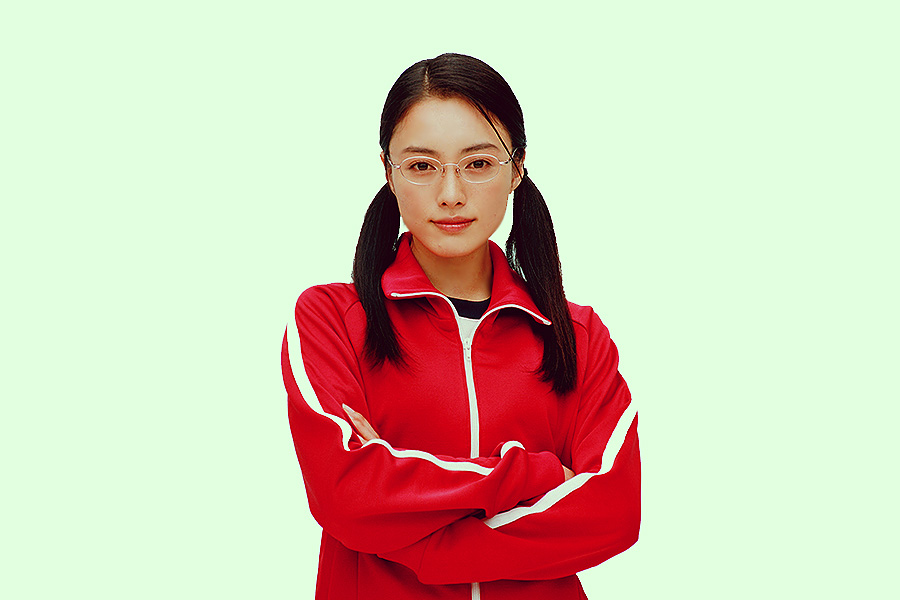 Just a brief background before I begin my long post:
Gokusen's 1st season aired in Japan in 2002.
In May of 2006, the series made its way to the local TV as the very first Japanese drama to be shown in the Philippines via GMA (Channel 7). I initially thought KimuTaku's Good Luck was the first but I was wrong. Also, Tokusatsu series may have aired in the 90s but perhaps it didn't really start the Jdrama craze

Anyway, going back, the reason I decided to post this is because I realized I never got to mention Gokusen that much here in my journal. Good thing I checked on my older blogs and found THIS, though quite embarrassing to look back at how I used to write.😂
I'm really a big Yankumi fan and until now I want to achieve her coolness and passion. Because of her, I always think that connecting well with students is so important not just inside the classroom but also outside - - and guess what, I'm still in touch with my students especially those I handled back in 2007-2008. So much nostlgia just remembering the good old days.

GOKUSEN is a drama that touches lives of both students and teachers. We all became a student once in our lives so it's not impossible to relate to the fun, adventures and struggles of the students in the series. Each episode has a lesson to teach. Each character has words of wisdom to live by. We're not just an audience but a part of Yankumi's big classroom. That must be the reason why it left an impact to us.

So,
THANK YOU GOKUSEN:
- for the life lessons
- for making us value our friends and our school days
- for showing us the real meaning of being "strong"
- for proving that people can change as long as someone believes in them
- for being an eye opener to the adults that what's problematic to their perspective may actually be a call for help
- for all the laughters and tears
- for the casts that made us love and hate their characters
- for the awesome OST
- for the happy memories of going home just to be able to catch you on TV
- for letting us meet a wonderful teacher named Kumiko Yamaguchi a.k.a. Yankumi
- for the friends we met because of a shared passion
- for introducing me to Matsujun, that lead me to listening to Arashi, that also lead me to Johnny's Entertainment, and look where I am now, still a J&A trash HAHAHAHAHAHAhahahaha
- for being the gateway to more Japanese dramas
- for the consistent reminder that anime-guys exist in real life (oh yes I'm looking at you ALL GOKUSEN main student casts from S1 to S3)
- and finally, for being the first Jdrama to enter our lives after all the Taiwanese and Kdrama craze in PH

I might still talk about Gokusen in the next 15 years. Might still tell same things over and over again as if it was just yesterday. Hopefully people would still consider Gokusen as something "good to watch" someday despite the numerous dramas shown seasonally. Who knows, we might even get a new adaptation. But this Gokusen remains legendary and most memorable. Dear self, please don't forget that.

PS. I'm writing this early this morning without sleep. Will check any mistake when I wake up later. xD

Disclaimer: I love putting disclaimers! (LOL) I subbed this some time ago when I had enough free time on my hands. The performance is so superb and I thought it would be nice to sub it since the lyrics is also very moving. Planning to re-do the subs coz I found a better translation. :) 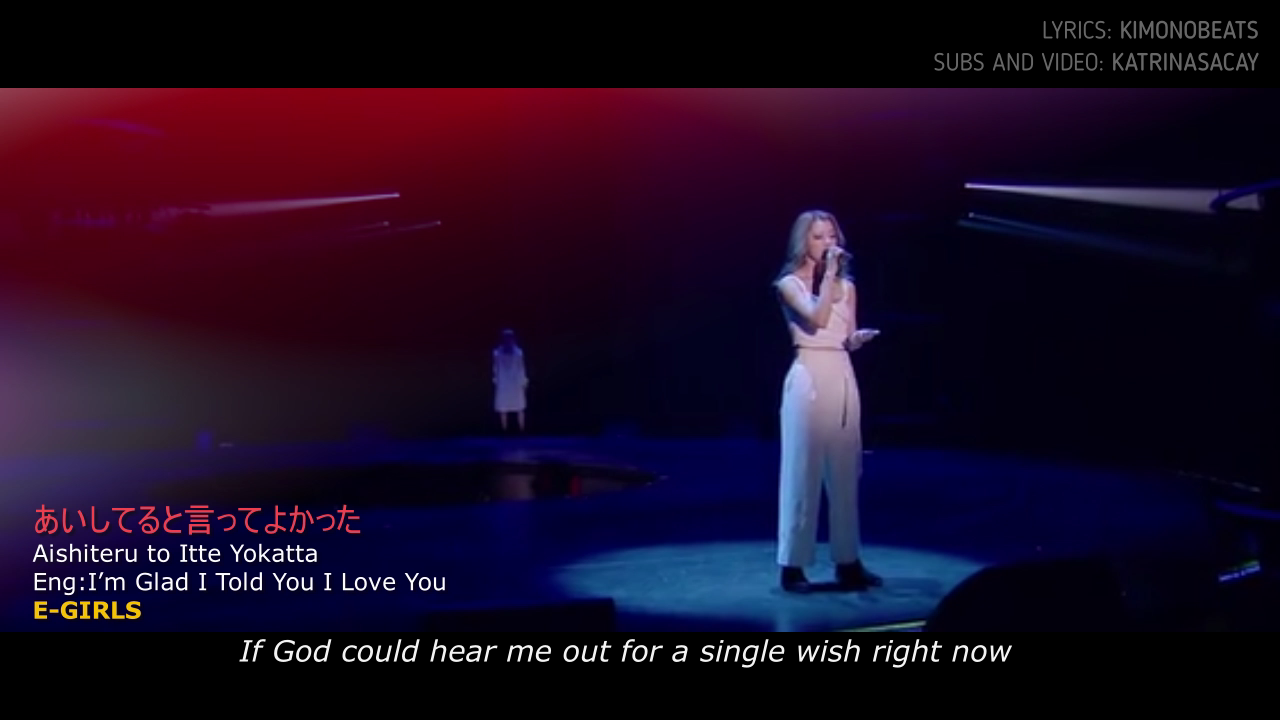 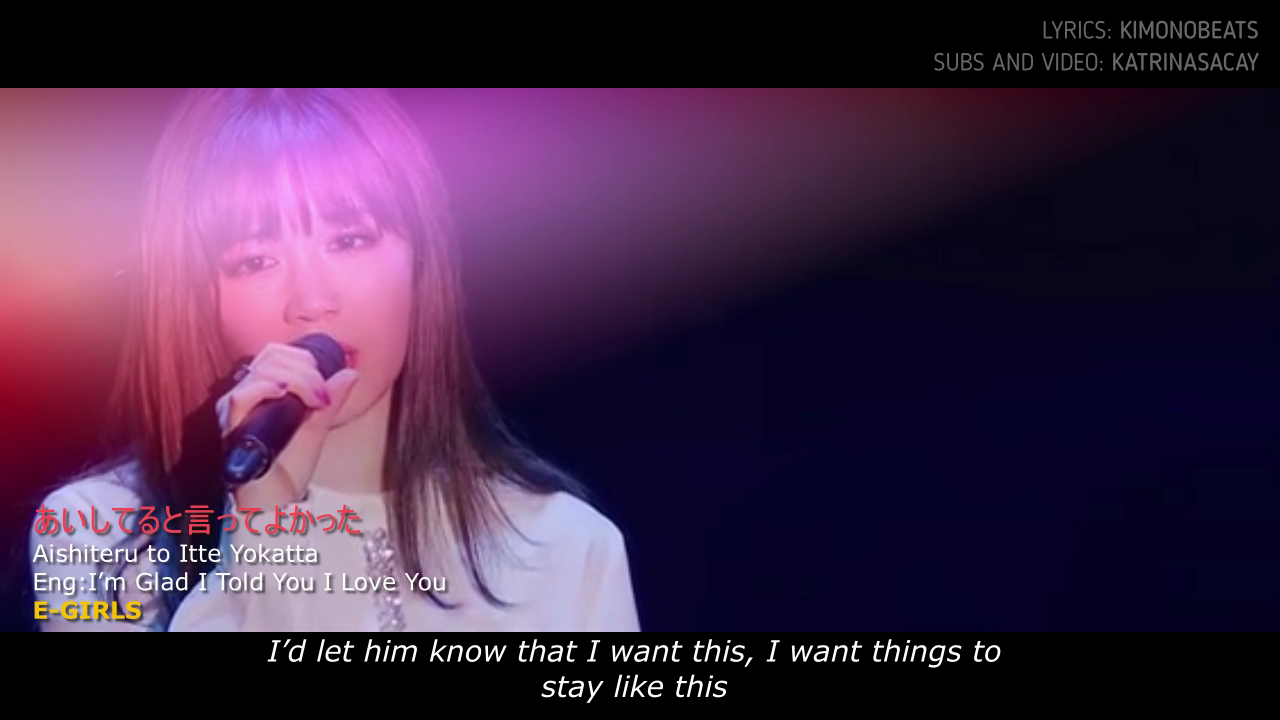 Although E-Girls is known for their powerful dance moves and soothing vocals, their mellow songs are my top faves (e.g. Winter Love and this song) They've just recently disbanded yet I still wish someday they could have a mini reunion and hope I could attend! Still running Ishii Anna and Yuzuna Takebe's individual fan pages on Facebook despite the disbandment. Those girls are rockin'!

Disclaimer: I don't own anything here and no need to credit me as I originally subbed this for personal purposes and just thought of sharing it with you guys. :) Of course soft subs are already available on First Take's channel. 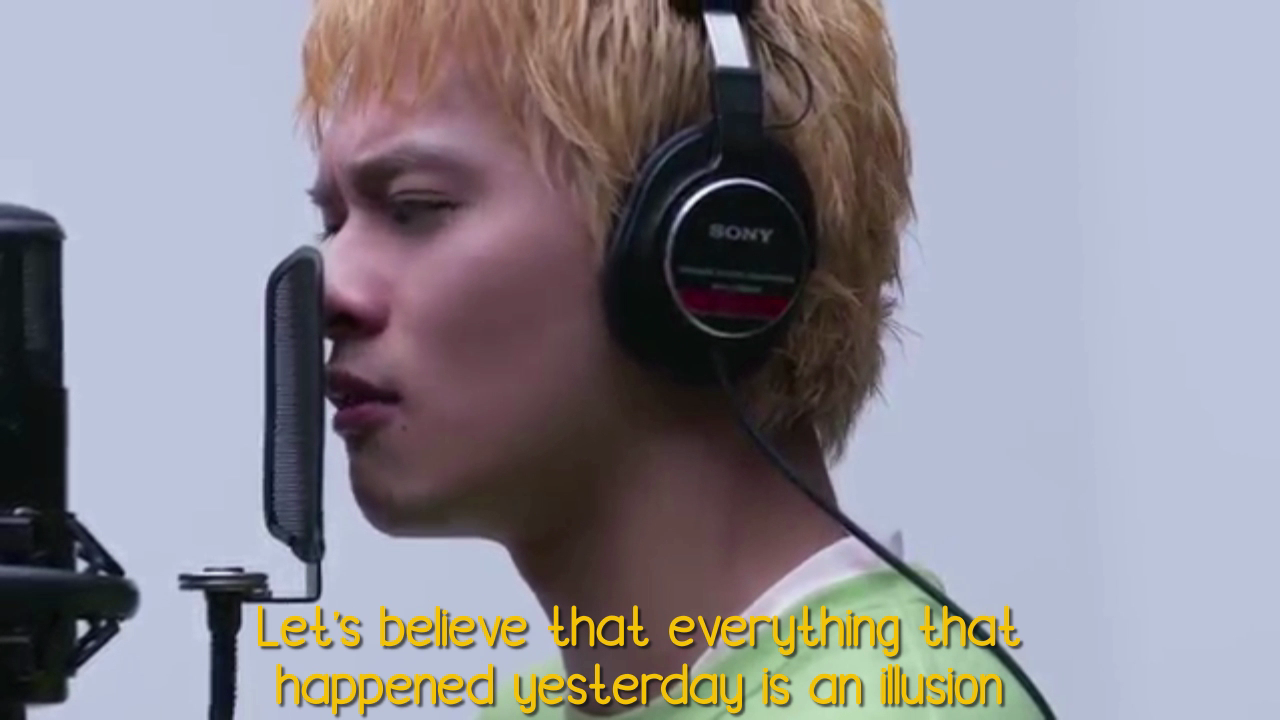 Notes: I fell in love with this song the first time I listened to it. Even though I'm not a fan of the group, I can say they really produce awesome music. Plus Takumi's voice is so soothing huhu 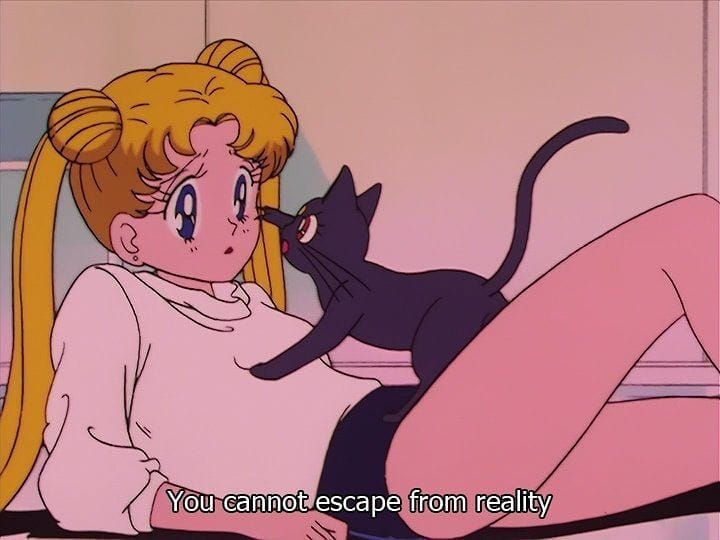 I don't feel like myself lately. It's like I'm forcing everything just to make myself believe I'm okay.
There are so many factors and I don't wanna entertain my anxiety so I'm just watching and rewatching stuff.

I remembered the lyrics from the song "Full Swing" by NEWS:
"Even if you come to a standstill
Here is not the end
At the end of hesitation, face forward"
(c) aitmashii@lj

I wish I'd be able to move forward though.
The strongest urge I have right now is to quit job but I'm still hesitating.
There's that thought that it's not a good timing but I'm just not happy anymore. And then I think about how it's difficult to find a job, I need to pay bills and somehow the pay I'm receiving is making me survive and it's practical to stay (even if I have to endure being "verbally" mistreated), and there are some people who are sufferring not having a job and here I am being all dramatic about my demotivation.

I'm so confused and frustrated. 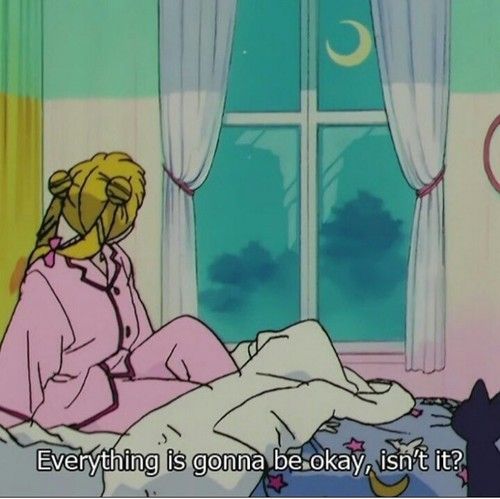 Looking back at 2020, so many unfortunate events happened and we barely got the chance to do so many things which of course was also for the sake of our health and safety. Fandom wise - there were sad news of suicides from many celebrities, artists leaving their agencies, getting suspended, there were some disbandments and announcements of hiatus... so on and so forth. It's like the year went by so fast and yet the amount of BIG NEWS is just too much.

That is why for 2021, all I pray is for a good breather for each one of us. We can't tell for sure if the pandemic will end or if there will be another outbreak (which I really really hope will not happen) but let's keep our fingers crossed that this year will be a good one!

I don't have any New Year's resolution coz I know I'll just fail halfway (LMAO) although I'm trying to make plans for my future. I also would like to change some toxic behaviors that I have may it be in fandom, online activities or at work. I suppose many people think of me as a headache! (Oh I wanna change these mindless thoughts too) Need to be positive. Need to be positive!

By the way, how are you guys doing? I am mostly posting randomly here but please nudge me here if you're still active on LJ! I miss talking to everyone even if I'm actively posting on Facebook. Tell me about your new hobbies or new fandoms coz I have a lot of them. 😂

During the first period of the community quarantine in our country, I was working from home with reduced working days which means more time to do stuff. Despite the "no work no pay" status, I can at least makeup for the times I almost had no time to do my hobbies. (YEAH I TEND TO WORK TOO HARD WITHOUT REALLY REALIZING IT)

In short, I was able to do what I have always loved doing - drawing!
Though technically, this doesn't feel like drawing. 🤣

OKAY! Here they are! Very random choice and mostly done depending on my mood or what I find interesting at that time. Hope you like them! Mobile Wallpaper version here: https://i.imgur.com/xRT4Jkw.png
This was my own tribute to Miura Haruma's legacy in the Japanese entertainment industry. Missing his presence so much! 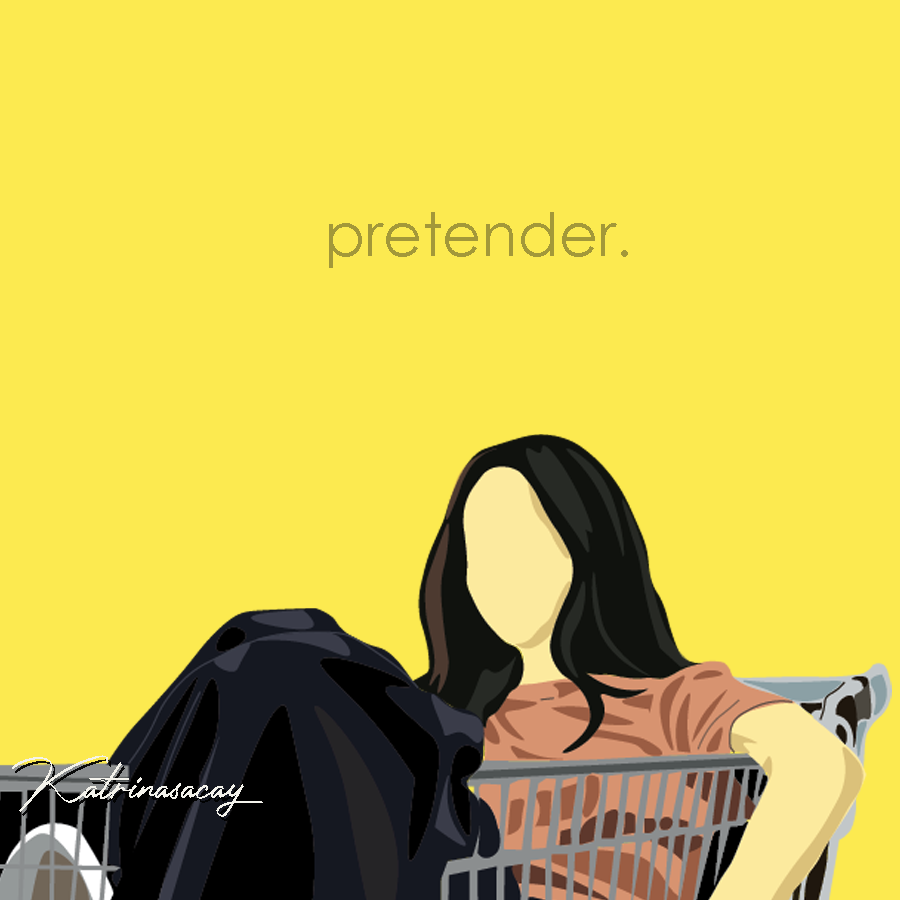 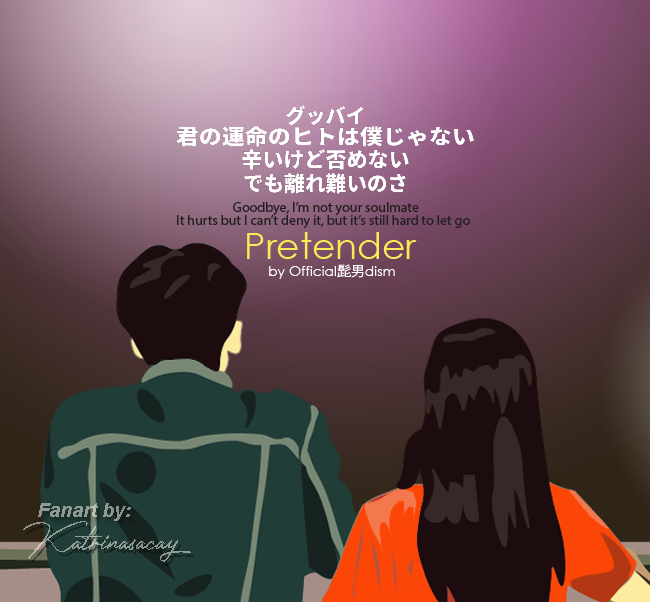 This song is the story of my unrequited love LIFE
AND BTW, shout-out to the pretty leading lady in the MV for liking my IG post for this art! *A*
You may follow her IG account ---> mooiyang

Might create another post in the future if I ever get back with my motivation to create them. By the way, they're all in HQ so just right click and save or right click, open image in new tab and then save! 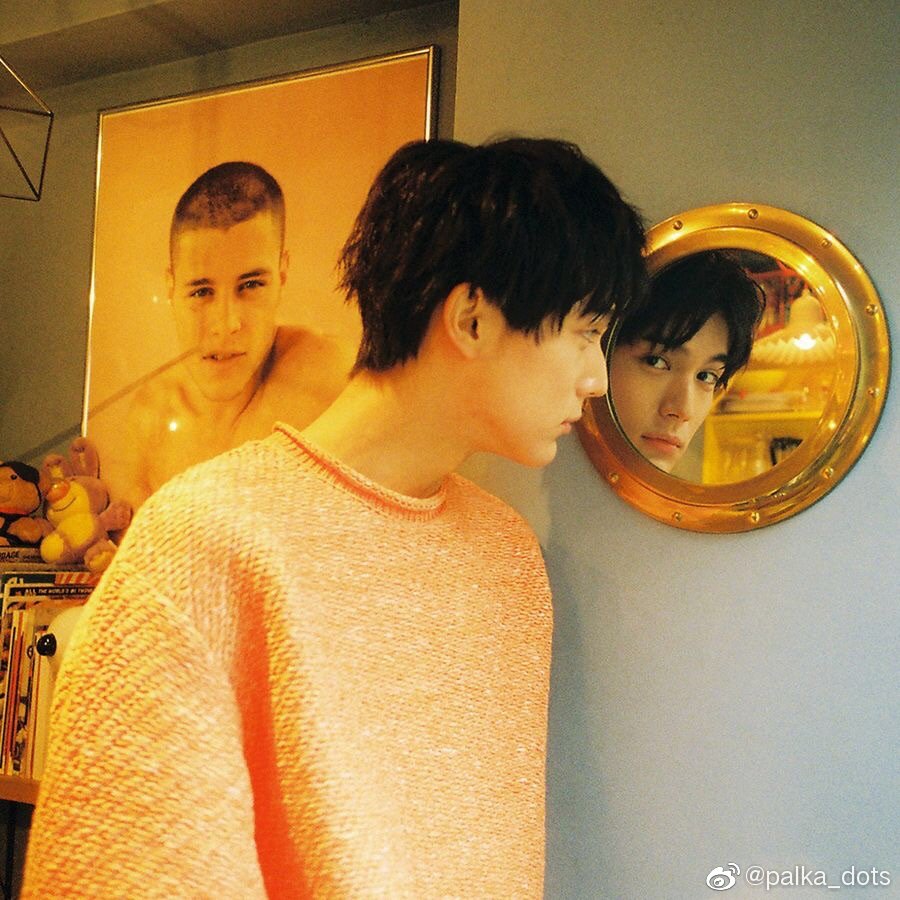 THAT'S IT. THAT'S THE POST.
If we're friends on Facebook, you probably have seen my spammings of this guy.
Will make a proper post next time, but for now, please enjoy the visuals. ⚝ 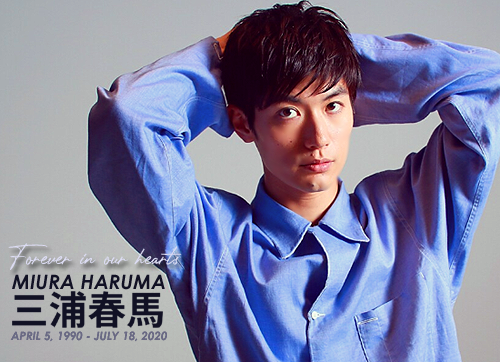 It still feels unreal.
It's like a bad dream that we all would want to escape from.
But each day, after the news came out, it is a reality of you not being in this world anymore.
AND IT'S PAINFUL.

But surely, you were much more in pain.
Just imagining it, it must have been a heavy burden for you that you finally decided to leave.
You were always smiling and always so kind... perhaps, no one ever asked if you're okay.
And if someone did, maybe you didn't want others to feel burdened so you kept it all in.

I wish you can hear our hearts shouting our love and care for you.
May those burdens be replaced with wings, and be free!

In your next life, I pray that you are a happier person.
I pray that your soul would find peace and that you can only take with you all the joyful moments with the people you love.

Your legacy in the entertainment industry will be passed on even to the next generation.
Because there can only be one Miura Haruma.

Our hardworking actor and performer.
We love you and we miss you.

*** It's so hard to write without tearing up. I was outside when I received the news last Saturday so I wasn't able to absorb everything and grieve properly. Majority of the dramas and movies I watched are those with Miura Haruma that's why it's difficult to accept that he's gone. Please pray for his soul too. :'(
Collapse